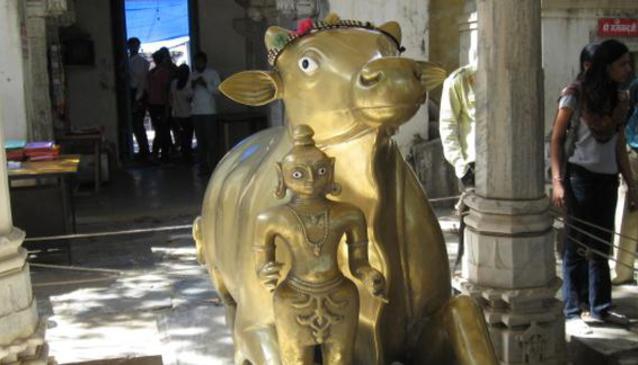 Considered as one of the most sacred places, the literal meaning of the shrine is `the mouth of the cow` (Gau means cow and `mukh` is mouth). The history of the temple dates back to the era of Rishi Vashishth who is credited to have brought Nandi Vardhan Mountain, the youngest son of Himalayas, to Mount Abu. It is said that he had performed a great yagna at this place to please the gods and goddesses and seek their blessings for the welfare of the earth.

Located atop a hill, you need to climb a flight of 700 stairs to see the splendid architecture of the temple. Built by cutting it out from a huge rock, the temple has a stone carved cow's head that has a natural spring flowing through the mouth of a marble cow. The spring water is believed to have sacred and purifying properties.

There is also a belief in relation to the mighty serpent Arbuda standing in the temple site. It is believed that the serpent is the eternal guard that protects the temple from natural calamities. The tank here, Agni Kund, is said to be the site of the sacrificial fire, made by sage Vashistha, from which four of the great Rajput clans were born. An image of Vashishtha is flanked by the figures of Rama and Krishna. One can also find the statue of Nandi (Shiva's vehicle ; The Bull) in this Temple.